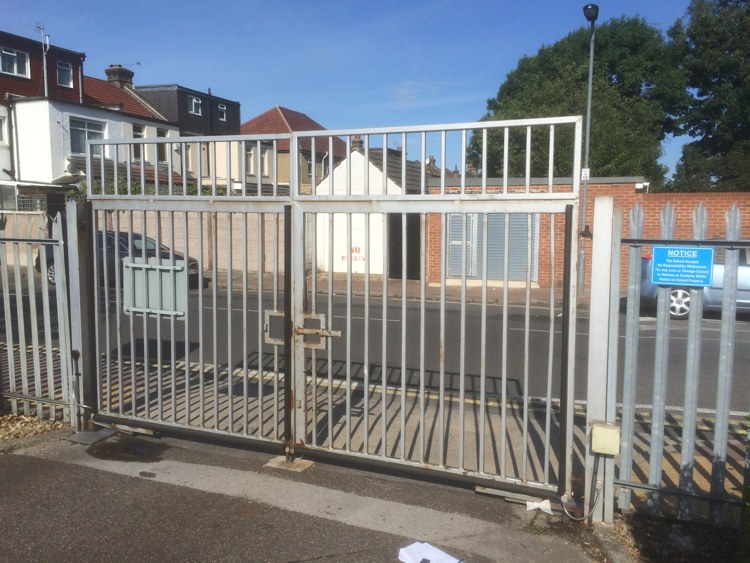 We send our children to school in the belief that they will be entering a safe and secure environment.

The majority of parents probably assume that the school site is subject to rigorous scrutiny – just like a public children’s park – to ensure the physical surroundings represent a hazard free zone.

Yet with a growing number of schools electing to include automated gates within the campus, the reality is that the very device intended to enhance your child’s safety is in fact potentially posing a genuine threat to their well-being.

Schools are naturally not intentionally putting their pupils – or indeed any gate users – at risk.  Since electric gates are not currently covered within the Ofsted or ISI reporting, if an unsafe gate is in existence, it is unlikely to be picked up. But ignorance is far from bliss if a child suffers a traumatic injury at the hands of a dangerous machine.

Gate Safe was recently invited to survey a number of gates at a school – a highly commendable move by the Head Teacher we’d add.  Generally, the gates were compliant with current best practice but none of them were 100% without risk. However, they had been supplied with a CE mark since they were fitted with the automation equipment in the factory – effectively converting the gate into a machine at that point.  Almost undoubtedly, the installer who took responsibility for fitting the gates would have seen the CE mark and been under the impression that since the CE mark had been issued, the gates were safe and any accountability lay with the manufacturer.

Wrong! The gate was fitted with five pressure edges and two pairs of photocells but sadly the safety precautions did not extend to the back of the installation.  The most cost effective solution would have been to fence off the to prevent any unauthorised personnel from gaining access to the gate, alternatively further safety devices could have been fitted such as photocells, a light curtain or laser scanner.   Although a gate may feature a CE mark that does not necessarily render it safe. Conversely, a gate may not feature a CE mark but could still represent a safe gate / machine.

If an accident occurred as a result of the failure to undertake a risk assessment on the gate, the school and the installer would still be held responsible.

So, what should a school do to safeguard its children from possible injury from an unsafe gate?

Take the Gate Safe Aware training to improve your understanding of what constitutes a safe gate, alternatively ensure that the gate is fitted by a Gate Safe trained installer.

Don’t be lulled into thinking a CE marked gate means the gate has been signed off as ‘safe’. A gate is only ‘safe’ once it has been checked in situ and a full risk assessment has been undertaken which takes into consideration all the local factors.

Always ask the installer to provide training to not just the School Business Manager (aka caretaker) but also to other members of staff, this should include how to put the gate into manual operation in the case of an emergency and the location of the keys for the control cabinet. Not being able to find the keys to release the gate can lead to even greater safety issues and will of course impact on the emergency services’ ability to respond to the incident. Be aware that the School Business Manager may not always be on duty. Accidents can occur at any time so be prepared for how to deal with such an occurrence if the usual member of staff is not around.

If in any doubt about the safety of a school gate, ask for an independent site visit.  The cost of such an exercise is a drop in the ocean compared to the damage that can ensue if a child is injured.